Happily Ever After: How to Get Your Finances in Shape for the Future

In Nova Scotia, one family found themselves looking toward the future, but being stuck in a financial past.


“We found ourselves in a situation that we had done the debt repayment, but were too much of a risk,” they wrote in an email. “Ideally we were asking for a second chance to start rebuilding our future.”


The good news? They did rebuild that future – in the house they wanted.


From living in an older mobile home, to putting a down payment on a new home, being able to get a solid grasp on their financing made a difference.


·         A “no” from Canada Mortgage and Housing Corporation wasn’t the end of the story and some happy Newfoundlanders are now owners of the home they really wanted.


·         A university student managed to pay for his education in a way that made the most of his financial options.


·         A low credit beacon score wasn’t the end of the world as a plan to consolidate debt helped residents get control of their money.


These are all true stories. True, happy stories about people who were able to do the big things in life – buy a home, pay for school and take control of their debt.


So how did they do it? And if you’re reading this and facing big financial question marks of your own, how can you do the same?


“If they’re in a tough financial position – just come in to talk to someone first,” says Penney Wilson of East Coast Credit Union in Sackville, NS. “I find what happens is a lot of people get to the point where they’re too far gone, they’re almost embarrassed. Come in and talk to us before things get out of hand.”


Meanwhile, Rhoda Pumphrey, a branch manager with Leading Edge Credit Union in Newfoundland, says one way to get your finances in solid shape is to start when you’re young – very young. She says often, young adults get into the real world and are met with some harsh realities.


“Sometimes people don’t know the real cost of living,” she says. “So instead of ending up in a situation where they’re trying to decide if they should go out with their friends or pay their tuition, they need help to learn how to budget so they can do both.”


According to Rhoda, financial literacy is a key skill that should be incorporated into learning early on. One easy tip she has for parents is to help kids learn how to budget with their weekly allowance. Show them how to put some away to save up for what they really want, for example.


For those of us who are older and still struggling to figure out how to make everything add up every month, the first step – says Tracy Keeping, a branch manager with Leading Edge Credit Union in Newfoundland – is to begin by being honest with yourself and getting a handle on what you’re really up against.


“I think everybody needs to sit down and write on paper what your net income is and what you’re paying out,” she says.


Arwilda Brake, a financial services officer at the Corner Brook Newfoundland branch of the Leading Edge Credit Union, knows getting behind on your finances can be terrifying.


“These people had months of no sleep, they were very stressed out,” she explains about some people she met and worked with. “We need to take their situation and start from the beginning to put things in perspective.”


All the financial experts we spoke with – Penney, Rhoda, Arwilda and Tracy – agree that the best thing you can do to get organized financially at any age, is to ask for help and start to educate yourself. Make a list of all your expenses (from car and mortgage to cable and entertainment) and have a clear handle on how much you are getting paid. Then find someone who will take the time to sit with you and help you figure out the right way to get your checks and balances sorted out. 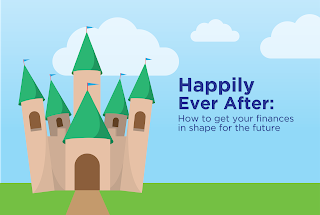